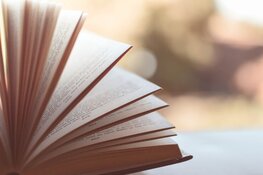 There is the old but true story of a clever, academic man who had been given the gift of a very valuable book. One day, his two sons were in the living room and in walked Dad. As he did so, the older boy saw his 2-year-old sibling, John, cower slightly as his father entered. It was clear John had done something wrong.

It did not take long for the awful truth to come to light. The boy had opened his father’s treasured brand-new book and scribbled all over the first page with a pen. Staring at their father fearfully, both brothers waited for John's punishment. Their father picked up his prized book, looked at it carefully and then sat down without saying a word. Books were precious to him; he had several academic degrees. In those days, books were knowledge. What he did next was remarkable. Instead of punishing his brother by scolding or yelling, his father took the pen from the little boy's hand and then wrote in the book himself, alongside the scribbles that John had made. Here is what that father wrote: ‘John's work, 1959, age 2. How many times have I looked into your beautiful face and into your warm, alert eyes looking up at me and thanked God for the one who has now scribbled in my new book. You have made the book sacred, as have your brother and sister to so much of my life.'

‘Wow,’ thought the older brother, ‘This is punishment?’ It was the older brother who wrote down that experience and he goes on to say how that book became a treasured family possession, how it was tangible proof that their parents loved them, how it taught the lesson that what really matters is people, not objects; patience, not judgment; love, not anger. 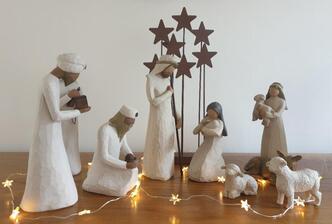 ​It is easy to have a distorted view of God. Often that view is shaped by life’s experiences, whether in our early years or as adults. It can be a view that produces fear, as in the story of the two boys – sometimes to the extent that people find it easier not to believe in God, let alone a God who loves them and is interested in their daily lives.

​If we understand Christmas aright, those misperceptions are blown away. Yes, we have done wrong, but what was God’s response? To send his precious Son into this world to show His heart of love towards us. That is why we celebrate Christmas. Just as that book became tangible proof to those children that their father loved them, may we see and feel and understand that what we celebrate at Christmas is tangible proof that God is a Father who deeply loves us and wants to walk with us on our journey of life.
John Sparkes
​​​
​Return to Home page - Halesworth Community News articles