A weak conscience
1 Corinthians 8:7
'Some people are still so accustomed to idols that when they eat sacrificial food they think of it as having been sacrificed to a god, and since their conscience is weak, it is defiled.' 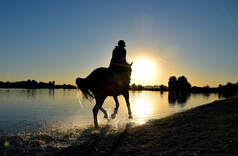 ​There are issues in life which are straightforward when it comes to deciding what is right or wrong. However, there are other issues which can cause struggle and grief. Being part of God’s family means that we are called to live radically different lives. Often those values will clash with the surrounding culture. Where do you draw the line? This is the situation that Paul addressed in the immoral city of Corinth.

The Christians in Corinth had been rescued from a culture that was thoroughly pagan and destructive. Their lives had been turned around for the better. Inevitably, their commitment to Jesus would clash with the social norms of their day, and awkward questions would be raised. In the passage from which our verse is taken, Paul is dealing with one such situation.

Buying and eating meat is straightforward for most of us – unless you are vegetarian – but for a Christian in Corinth, it raised a serious ethical concern. There was a good chance that meat sold in the local market had already been offered on a pagan altar in a ceremony to a ‘god’. Likewise, imagine you have a friend in the city that you have known for many years. Recently you have become a Christian, but you don’t want to lose his friendship. He invites you to one of the side rooms in the local pagan temple that has been set aside for meals. The meat that you will eat has been offered to idols. Do you go to the feast or stay at home? If you go, are you compromising your testimony to Christ? Do you risk losing the friendship by not going? Some decided it was alright to go, and others were unwilling to do so. What would you have done?

In that situation, who would you say had the stronger conscience – those who felt free to go to the feast or those who refused? Interestingly, Paul describes those as unwilling to go as having a ’weak conscience’ and even as a ‘weak brother or sister.’ That is not meant in a derogatory way but with a full understanding of the difficulty for someone recently converted to Christ. The main thrust of this passage is Paul reminding us not to cause a brother or sister to stumble by insisting on our right to each such meat - but out of his treatment of the subject comes this fascinating issue of the ‘weak conscience.’

Would you say you have a weak conscience? It isn’t wrong to be careful, even meticulous, but if those qualities mix with a subjective conscience that is coloured by how we feel about ourselves, then we can get into difficulties in many areas of our lives. For example, an oversensitive conscience can lead a person to feel that they have to get everything right to be acceptable. This, in turn, can lead to a constant cycle of repenting and regret that can pull a person down and leave them feeling totally devalued. Failure to get things right or to create the ideal produces the conclusion that they are ‘not good enough’ which then produces more guilt and anxiety. Satan cannot rob us of our salvation, but he can rob us of its joy, and an undernourished conscience is a point of vulnerability that he will exploit.

When we walk with God, we gain a sense of his perspective. If we stay with our weakened conscience, then we remain vulnerable to negative thoughts. We settle one troubling thought, briefly emerge into the sunlight and immediately another dark cloud hurries across the sky to hide the sun. It feels even more critical now to deal with the new cloud because you experienced those moments of freedom and clarity and want to get back there. Very quickly, you are bogged down again with your negative thoughts.

How can we strengthen our conscience? Paul encourages the Corinthian Christians to love and accept the weaker brother and sister. That is where to start – with ourselves! That creates the right context because if we know we are loved despite our scruples and struggles, there is more chance we will be less harsh with ourselves and will begin to trust that inner sense of God’s presence that brings strength and peace. We will learn to trust that first instinct and build confidence in God’s ability to communicate with us in our hearts. We will start to value ourselves at depth. Don’t criticise yourself for what is a process. Walk with God, and over time your conscience will become moulded by the way he feels about you as opposed to how you feel about yourself.

There are some practical things we can do to strengthen our conscience. Do you find yourself being too fussy, trying to get every detail right and covering every base? Do you spend much of your time ‘feeling bad’? To you, it may be the norm but has anyone commented on any of these issues – or more than one person? Train yourself to stand back, hear yourself and see yourself through other’s eyes - and ease down. Recognise when you are majoring on minors. If our conscience is going to be strengthened then we have to be serious about rooting out those factors within that distort our perspective.

Are you too compliant, dependent on the approval of others, too keen to please? If so, you will have a ‘weak conscience’ because it cannot be objective when those factors are at work. Develop a strong sense of your own ‘personhood’ before God, standing before him in your own right in Christ. Accept that you are not going to get everything right but that what matters to God is that we walk wholeheartedly with him. We can be so focused on not putting a foot wrong that we don’t look up into the face of our heavenly Father and live in the joy and freedom of our relationship with him.
John Sparkes
Return to Bible Insights