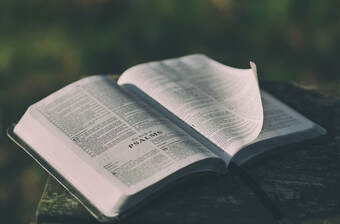 This is an amazing time of the year. Out of the cold soil come snowdrops and daffodils, violets and crocuses, providing a wonderful array of colour. Spring reminds us in those times when it seems as if nothing good is happening, that life is still there and pushes through whatever obstacles get in its way. For the Christian, this is made real and personal as Lent leads into the greatest ground breaker of all – the resurrection of Jesus Christ.

We have seen the devastating effects caused by the pandemic across the world, and many are still living with its consequences. We felt that things were beginning to ease somewhat, but suddenly the world is faced with the horrors in Ukraine. It would be easy to be overwhelmed by what we see around us, whether on a global scale or in our personal lives but just as Winter yields to Spring, so Easter leads to hope.

Let me share a true story that illustrates this point. Some years ago, a pastor, travelling by train in the Soviet Union, sat in a compartment with just one other passenger. They were soon talking about whether it is possible to have a personal relationship with God. The pastor listened patiently as the other man extolled the logic of atheism and criticized those who have faith. The pastor expressed his views, even taking out his Bible and reading passages from it, but the atheist was unconvinced. Neither was going to change their minds, so they lapsed into silence. The pastor left the compartment for a few minutes, leaving his Bible on the seat where he had been sitting.

When he returned, he saw that his Bible was missing. The other man was just closing the window. He had thrown the Bible out so that neither the pastor nor anyone else would be able to read such rubbish again. There was nothing the pastor could do. The journey continued in stony silence.

A few months later, a stranger came to call on the pastor. It was a man from a neighbouring village, and he announced that he wanted to be baptized. The pastor, who was surprised by the visit, asked what church he belonged to. "None", the stranger replied.  "But I have read my Bible and I know about God. I know that Jesus Christ is Lord and I want to be baptized so that I can be counted as one of His followers."  "A Bible", the pastor asked, for Bibles were not plentiful. "How did you get a Bible?" "Well, it's a strange story", the visitor began, "I am a builder. Some months ago, I was working on a building site near a railway track when an odd thing happened. As the train went by a book came flying out of a window and landed in the dust not far from where I was standing. I walked over and picked it up. It was a Bible."
​
The pastor stood there in amazement. He questioned the visitor further and he realized that it must have been his own Bible that the builder found. Did the visitor have the Bible with him? He showed it to the pastor who recognized it immediately.

After his baptism the builder went away full of enthusiasm to share what he had learned from his Bible. Within a few years all the people of his village had turned to Jesus Christ and a new Christian community emerged.
​
When life disappoints or frustrates or seems to be running into a cul-de-sac, remember that with God there is always hope. Putting our trust in the Risen Christ brings a completely different perspective, however dark our circumstances.
John Sparkes
​​​
​Return to Home page - Halesworth Community News articles