Bible verses seen in another light
Andrew is writing his own translation of the Bible as he finds that occasionally something gets missed in the standard translations and they don't do full justice to what is contained in the original Greek and Hebrew texts. The latest verse he has commented on is Colossians 3:2. To read previous verses scroll to the bottom of the page.​

'Let your minds be fixed on what is above, not grounded on earthly things.'
This is a verse that has always felt to me like its been pointing to something very significant. Yet I’ve found myself confused by it as well. Most versions say something along the lines of “set your minds on things above, not on earthly things”. Now I spend most of my time doing earthly things and thinking about them and, unless you are a very unusual person, I imagine you do the same. However, according to most translations of this verse, it appears that we shouldn’t be doing that. Even though we spend our time doing earthly things, we shouldn’t be thinking about them, but about heavenly things instead - whatever that means…….feet on the ground but head up in the sky somewhere? I can’t think what that’s like.

Then I took a close look at the Greek text and before long, it all made sense. Paul is not saying we shouldn’t think about earthly things; he means that in all our activity, our thoughts should not be based on a purely earthly viewpoint, with no heavenly perspective to bring to it. We live on earth, but our minds should not be stuck there. You could translate it, 'don’t let your thoughts be confined to earth'. When aircraft are grounded, it means they are stuck on the ground and can’t go up.

Take the Christmas story. There isn’t anything more earthly, (or earthy for that matter) than the birth of a child. But it is the heavenly perspective we bring to it that gives it its true meaning. Let’s now imagine the Christmas story from a purely earthly point of view, stripped of all heavenly perspective: 'A new baby arrives, born in very humble circumstances, but it looks like he’s going to be some one very special. There’s a legend about angels up in the sky celebrating his birth, which is a no doubt poetical way of expressing his great significance. There are also lovely stories about shepherds turning up to see him, and some wise men who believe he’s going to be a great king. Then the actual king of the time hears about this and starts getting very edgy - we all know what happens next. But it turns out King Herod needn’t have worried after all, because this baby did not grow up to be a king at all. He was a wandering teacher who caused quite stir, especially amongst people who were expecting him to be a great leader. Then he seriously upset the authorities and, when he finally got arrested, he met a very nasty ending. However, his followers wanted to celebrate him and came up with stories of him rising again, which was probably just a poetical way of expressing the idea that he would live on in their hearts, and his teaching and his influence would go forward with his memory. They were just trying to say they loved him and his memory lives on.' That’s what you get left with if you take the heavenly perspective out of the Christmas story; it is the kind of view that most unbelieving people would have of it.

Let me share an experience I had of a heavenly perspective breaking through on an earthly event in a marked way. The earthly event was the 2007-8 credit crunch that nearly brought the world financial system crashing to the ground, and I was watching a remarkable documentary about it called Inside Job. Like most of us, I already had a perception that recklessly ambitious and greedy financiers brought down huge corporations and then walked away with millions in pay and bonuses. I thought I had plenty enough cynicism not to be surprised by any revelation. But nonetheless I was still  profoundly shocked by the moral enormity, not to mention the financial enormity, of what went on. For those who feel intimidated by the thought of trying to get their heads around high finance, let me explain what happened metaphorically:

Let’s imagine a parallel universe where you can spend thousands buying a new car but there are no guarantees with it. Let’s imagine that the manufacturers have cobbled their cars together after buying in parts from highly suspect sources with no quality checks on them, and then sold them on a very skilful and glossy sales pitch. The car companies are sufficiently aware of what they are doing to take out an insurance that will give them large payouts if the cars they have sold bite the dust, even while the car owners will get no compensation. In fact they are so convinced the cars they are selling are going to come to a sorry end that some of them take out an extra insurance that will insure against the first insurance company going bust because it can’t afford the huge insurance pay outs to them!  You would have thought that it would be illegal to take out insurance like this, for something you have sold that now belongs to someone else. But the government regulator allows it. You might wonder if the regulator has gone on holiday and come back home having left their brain in a far-away destination; or maybe his holiday was funded by the car manufacturers. Meanwhile the official consumer watchdog has awarded these cars top marks for reliability, after being paid liberally by the manufacturers to provide glowing reviews.

The time soon arrives when so many cars come to an untimely end, with some of the owners facing financial ruin as a result, while the corporations move to fatten their profits further by claiming their insurance payouts. The biggest insurance company is so weighed down by the level of these claims it is facing bankruptcy, but the car corporations need have no fear. The friendly government regulator (who used to be a highly paid boss of one of those companies) is on hand to bale out the insurance companies with tens of billions of dollars of government money provided by the taxpayer, insisting that insurance companies pay every cent in the dollar on what is owed to the car manufacturers. Replace cars with financial products and you have a glimpse into the kind of things that went on in real life and brought about the catastrophe that was the credit crunch. In general, those responsible for it, whether financiers or regulators, have showed no real remorse. The financiers were not made to pay out any compensation to the tax payer, or to the many others who lost out. The ratings agencies who awarded top grades to such highly dubious financial products seemed to suffer little damage to their reputation and are still very much in business.

The first time I watched Inside Job, I was aghast with fury. The second time I watched it, something very strange happened. I got to the end of the film and I was overtaken by what I can only describe as quiet exultation. In purely earthly terms, my reaction bore no logical relationship with what I had seen. It would have been far more logical to want to cut my wrists. It would have been far more logical to turn into a professional cynic. What I felt instead was a kind of joyful assurance that God is finally going to bring people to book. Justice may escape us now, but it will not carry on doing so. He will bring all this nonsense to an end.

Let the mountains rejoice together before the Lord,
Let the rivers clap their hands!
For he comes to judge the earth;
He will judge the folk with justice
And the peoples with equity

I experienced this feeling as a gift that was given to me. No doubt many others could testify of times when God has made his presence felt to them in a special way, and we could all do with moments like that when heaven breaks in on us. Usually, we find it is not like that. I didn’t get that special feeling when I watched the film again recently.

A lot of the time it is down to disciplining our minds to keep holding onto a heavenly perspective when the earthly things we see before us bring us no cause for celebration.

That is what I believe Paul is talking about here.     ​
Andrew Behrend
To go to previous Bible verses click the graphics below:

​Matthew 5:28
'Now I tell you, if any man looks at a married woman and sets his heart upon her, or a married man looks at another woman in this way, he has already committed adultery with her in his heart..'

​Genesis 2:15
​'Now the Lord God set the Man down in the Garden of Eden to cultivate it - and thereby serve it – to have care of it and conserve it.'

Romans 8:22
'We know that all creation has been groaning together and in labour together right up to the present time; not only so, but likewise we ourselves, having the first-fruits of the spirit, we ourselves also together groan inwardly as we earnestly await our adoption as children, the redemption of our bodies.'

Romans 8:1
​'There is therefore now no guilty verdict, no judgement sentence for those in the family of Jesus the Messiah.'

Genesis 2:15
'And the Lord God commanded Adam saying, “You may certainly eat from any tree in the garden. But from the Tree of Knowing what is Good and Bad you may not eat, for on the day you eat from it, you will surely die”.'

Ephesians 4:32
'Be kind to each other, and compassionate, forgiving yourselves and one another, just as in Christ, God forgives you.'

Romans 8:26
​'In the same way, the Spirit stands with us, helping us in our weakness; for we do not know what we should pray, but the Spirit intercedes for us in our wordless groans.' 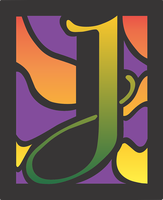 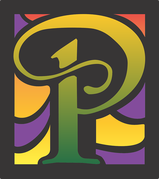 Psalm 2:1-2
​'Why are the nations in turmoil, with the peoples devising such worthless things? When the kings of the earth take their stand, and the rulers meet to decide, they go against the Lord and his anointed. “Let us tear off His bonds and throw off His fetters from us”'

Ephesians 2:3
'We all spent our time among them and lived in that way, acting in the passions of our flesh and the will of our thoughts and natural instincts; and just like the rest, we were by nature fixed in our anger; and anger loomed over us, even as those who deserved it.'

1 Corinthians 5:10
'For we must all appear before God’s tribunal, so that each may receive back into their care those things that relate to what they have done through their bodies, whether good or bad.'

​2 Corinthians 1:3
'Blessed be the God and Father of our Lord Jesus the Messiah, the father of all compassion and the God of all comfort and good counsel, who brings both comfort and counsel to us in all our affliction, so that we in turn might bring help to those in all kinds of distress with the encouragement and counsel that we ourselves have received from God.'​

​​Hebrews 11.1
​'Now faith is being resolute about what is hoped for – it’s a tested conviction about something real that we can’t see.'​
​Return to Home page ​