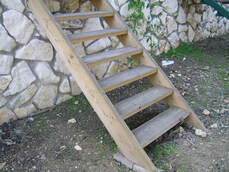 During the recent Olympics, we have seen the most extraordinary feats achieved. For example, 13-year-old Sky Brown won a skateboarding bronze medal. She never had a professional coach but instead watched YouTube videos of skateboarders and tried to recreate their tricks. In the final she fell twice but had the mental resilience to go on her third run and try the same trick that she had fallen on, and this time succeeded. The athletes remind us of what we’re all capable of if we set our hearts on a goal.

We all have to know what’s right for us as individuals. Reality suggests that very few of us will go on to be skateboarding champions, however good the skatepark in town might be! We may set ourselves to be the best we can in our profession, sport, fitness or gardening, and those can be good personal choices. But have we thought about goals that go to the heart of what makes life worthwhile?

I think of one young man who fell in love with a young lady but who knew that, in his own words, he was ‘rubbish at relationships’. I offered to meet up with him when he was in the area and he’d turn up with his notebook, list of questions, even diagrams, and we’d work at it. He’d phone when issues arose and needed working through. Today he is a fine man, taking responsibility in a marriage that’s rich and meaningful.
​
How about making it our goal to be better in whatever role we have that links to relationships? A better boss, employee, father, mother and yes, son or daughter. If married, why shouldn’t we set ourselves to be better husbands? As someone put it, ‘Don’t make the mistake of spending your whole life climbing the ladder only to find that the ladder is leaning against the wrong wall’.
John Sparkes
​​​
​Return to Home page - Halesworth Community News articles