How do we respond? 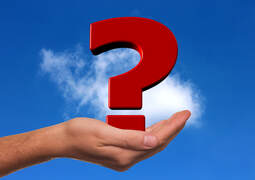 In a recent TV programme, an elderly gentleman who had experienced loss in the Second World War was asked which was worse – the war or the pandemic. He paused for a moment and said the pandemic because it had touched everyone everywhere. Sadly, for some, these last twenty months have been times of loss and tragedy. For others, of rediscovering values and reconnecting with what matters in life. For some, fears and anxieties have surfaced, relationships have been stretched to their limits. We all respond differently to that which is out of our control. Perhaps, more than anything else, the pandemic has reminded us that we are not masters of our destinies – but we can decide how we respond to what comes our way.

Consider a young Irishman named Joseph Scriven (1819-1886), son of a captain in the British Royal Marines. He got his degree and enrolled in a military college to prepare for an army career – and promptly fell in love with a girl from his hometown. They got engaged and began dreaming about their future together. The eve of their wedding arrived at last, and Joseph’s fiancée saddled a horse to go and see him. A little later, Joseph saw his bride-to-be riding towards him but suddenly, just as she was crossing the bridge, her horse bucked and threw her like a rag doll down into the river below. In blind panic, Joseph ran to the river, calling out her name. He plunged into the icy waters, but it was too late. His bride was already dead.

Joseph was heartbroken, emigrated to Canada, and eventually fell in love again. In 1854, he was due to marry Eliza Roche, but she fell ill and grew progressively worse. The wedding was repeatedly postponed until, three years later, Eliza died. How did Joseph respond? He turned to the only thing that had anchored him during his life: his relationship with God. He committed himself to work amongst the needy and became known as ‘the man who saws wood for poor widows and sick people who are unable to pay'.

Back home in Ireland, Joseph’s mother was deeply concerned for her heartbroken son, and he, in turn, was concerned for her. One night, Joseph penned a poem to comfort her. Several years later, a friend found it in a drawer at Joseph’s house. The poem was eventually put to music and went on to become one of the best-loved hymns of all time -
'What a friend we have in Jesus
All our sins and griefs to bear!
What a privilege to carry
Everything to God in prayer!

O what peace we often forfeit,
O what needless pain we bear,
All because we do not carry,
Everything to God in prayer.

Have we trials and temptations?
Is there trouble anywhere?
We should never be discouraged:
​Take it to the Lord in prayer!'
How do we respond if something comes ‘out of the blue’? A broken relationship, loss of a job or home, or a serious illness? For Joseph Scriven, out of the pain of loss, of disrupted plans, came a deepened relationship with God, a life of service to others, and a hymn that has brought encouragement and comfort to countless millions around the world. As we approach another Christmas, may we ponder its message and find within it the strength to respond positively to whatever challenges we face.​
John Sparkes
​​​
​Return to Home page - Halesworth Community News articles