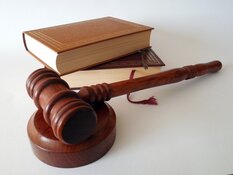 Jesus said, 'Do not judge, or you too will be judged.' (Matthew 7:1).
​
This statement raises an important pastoral question because it is so often misused and misunderstood.

Wrongly used
It is like all truth. Truth in the wrong hands can become a destructive weapon. So, it is important to know what Jesus meant when he said those words.
Context
An important part of understanding any part of the Bible correctly is to look at its context. Remember the saying that a text taken out of context becomes a pretext. So, what is the context of Jesus’ statement? Here is the passage:

'Do not judge, or you too will be judged. For in the same way you judge others, you will be judged, and with the measure you use, it will be measured to you. “Why do you look at the speck of sawdust in your brother’s eye and pay no attention to the plank in your own eye? How can you say to your brother, ‘Let me take the speck out of your eye,’ when all the time there is a plank in your own eye? You hypocrite, first take the plank out of your own eye, and then you will see clearly to remove the speck from your brother’s eye. “Do not give dogs what is sacred; do not throw your pearls to pigs. If you do, they may trample them under their feet, and turn and tear you to pieces."' (Matthew 7:1-6)

Before we see the immediate context, we do well to look at the:
a. Wider context
In what is commonly known as ‘The Sermon on the Mount’ (Matthew 5:1-7:29) Jesus is contrasting the way it was done in the past and the way it should be done now in the kingdom of God. He has come to say, simply keeping God’s commands in some mechanical way misses the point, it is an attitude of heart. He is unpacking that attitude of heart.

All about attitude
a. Jesus is clearly addressing a person with a hypocritical attitude who is prepared to go round in a superior way putting other            people in their place and no attempt to connect with, or even begin to address, the real needs in the other person’s life.
As John Stott put it, this command, “is not a requirement to be blind, but rather a plea to be generous.” The verb that Jesus used does not only mean passing a verdict, in general, but specifically of passing an adverse verdict, a condemning verdict. It leaves the person on the receiving end feeling that they are dealing with ‘judge, jury and executioner’. There is nowhere to go, there is no hope. The particular tense of the verb that is used also throws light on this. It is the present imperative and it means ‘don’t make a practice of judging.’ It is easy to form that habit but Jesus goes on to point out why we must not let that happen. If we become too quick to call others to account, it is to invite God to call us to account.
​
b. Clearly this passage does not forbid the use of our best critical thinking, which although must be done in the spirit of tolerance and helpfulness, must still be done. How else could he say, “do not give dogs what is sacred; do not throw your pearls to pigs. If you do, they may trample them under their feet, and turn and tear you to pieces.”
To make that kind of statement shows that Jesus was perfectly capable of knowing how to judge. He is clearly saying that it is appropriate to decide that someone’s attitude is so poor that you are wasting your time telling them the truth.

Other examples from the life of Jesus This is no gentle Jesus meek and mild, but somebody who saw with clarity and spoke out when directed to by his heavenly Father. He could do so because his attitude was right. He judged because he cared and not out of self-interest. In fact, that love, drove him to speak out. It made him passionate, strong, and clear. He invites us to follow him.
​
Examples from Acts
Peter and the other apostles were not afraid to look into the hearts of those before them and call out exactly what was going on. In that way, the church was kept pure and strong and grew. The Bible is full of examples of how we are supposed to use our critical faculties under God’s guidance.

Bringing it all together in Romans
Romans 14 warns us against making the same mistakes that the religious leaders did, namely, judging one another over issues that didn’t matter, that were not matters of the heart. Paul would always fight hard for what mattered. His heart had been changed by Jesus, so he knew what mattered and what did not, and whether he was being tender or fierce it was the love of Christ that governed his responses (2 Corinthians 5:14).

Romans 16 illustrates this so well. Here we have a lovely list of greetings and commendations right from the heart of Paul for those he loved. One cannot miss the warmth and tenderness with which he addressed these people. But listen to these warnings in verses 17-20, 'I urge you, brothers and sisters, to watch out for those who cause divisions and put obstacles in your way that are contrary to the teaching you have learned. Keep away from them. For such people are not serving our Lord Christ, but their own appetites. By smooth talk and flattery they deceive the minds of naïve people. Everyone has heard about your obedience, so I rejoice because of you; but I want you to be wise about what is good, and innocent about what is evil. The God of peace will soon crush Satan under your feet.’

It was because of Paul’s deep love for these people that he warned them as a good father warns his dear children of anything that would bring harm to their lives.
​
Hopefully, this article will have helped to make the issues clearer on this subject of judging. When you are next challenged, or when your conscience is wrongly troubled on the subject, remember that it is about motive. Whether speaking to someone else or your own heart, remind that person that it is the reason that you speak out that matters. If it is because you care about what is important and what makes life work well then hold your head high because you are following in the footsteps of Jesus himself, the apostles, and all those who have been effective in the kingdom of God.
John Sparkes
In our Bible study on Romans chapter 14 on 27th January we considered the issue of judging one another - click here to listen to the recording of the Bible study.
​
​Return to Home page -  John's notebook  ​​