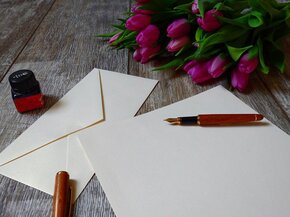 The second Lent reflection is taken from John chapter 11, the account of Jesus raising Lazarus from the dead. Lazarus and his sisters, Mary and Martha, were close friends of Jesus. He enjoyed their hospitality and taught them many things about his Heavenly Father, God, and the Kingdom of Heaven. When Lazarus fell ill his sisters sent for Jesus saying, “Lord, the one you love is sick”. When he heard this Jesus said, “This sickness will not end in death. No, it is for God’s glory so that God’s Son may be glorified through it.” Now Jesus loved Martha and her sister and Lazarus. So when he heard that Lazarus was sick, he stayed where he was two more days.’

The disciples misunderstood what Jesus meant when he went on to say, “Our friend Lazarus has fallen asleep; but I am going there to wake him up.” They replied “Lord, if he sleeps, he will get better” to which Jesus answered “Lazarus is dead, and for your sake I am glad I was not there, so that you may believe. But let us go to him.”

As Jesus and his disciples drew near to the village of Bethany, Martha went out to meet them: “Lord,” Martha said to Jesus, “if you had been here, my brother would not have died. But I know that even now God will give you whatever you ask.” Jesus said to her, “Your brother will rise again.” Although Martha didn’t fully understand that her brother would be raised from the dead at that point in time, Jesus shared with her a spiritual truth which gave an understanding of eternal life when he said to her, “I am the resurrection and the life. The one who believes in me will live, even though they die; and whoever lives by believing in me will never die. Do you believe this?”

Martha went back and fetched Mary. ‘When Mary reached the place where Jesus was and saw him, she fell at his feet and said, “Lord, if you had been here, my brother would not have died.”  When Jesus saw her weeping, and the Jews who had come along with her also weeping, he was deeply moved in spirit and troubled.’ Jesus’ reaction to Mary was so different to his reaction to Martha. We read that he was deeply moved in spirit and troubled, and he himself wept.

Although both girls came to Jesus with the same regret that Jesus appeared to have forgotten them and had arrived too late, he understood them as individuals and met them at their point of need. Martha wanted answers to questions, whereas Mary needed someone to share her grief. The sisters and those with them witnessed the same miracle. Their brother was raised from the dead. One sister was left with a greater spiritual awareness of the resurrected life, whereas the other sister experienced the joy of that spiritual life. Neither had been forgotten but each one understood the resurrection of Jesus after the crucifixion. As he said he would be, Jesus was there to bring a greater glory to his Heavenly Father. He was aware of the future better than anyone else in that present situation. We can trust because we have the hindsight that they did not have.
Merle Sparkes
​
​Return to Merle's reflections 2021 - go to Merle's reflections 2022ions