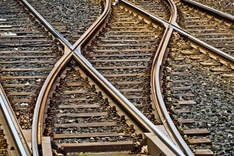 My last Insight looked at how to handle real guilt. We made the point that Hitler himself could have been forgiven if he had asked for it. Now let's assume that some of you reading this know how to handle this kind of guilt. You know that the death of Jesus was specifically so that any wrongdoing can be forgiven because he took the guilt on himself and paid the price of that wrongdoing. When you do wrong, you know that the ensuing guilt is the equivalent of physical pain but in the spiritual and emotional dimensions of life. That pain causes you to recoil from the wrong you have done and return to the cure for that pain.

So why then do you still struggle with guilt? The answer is – you don't. It feels like guilt – but it isn't guilt. It has the appearance, but it doesn't have the substance. It's an illusion. How does this work in practice?

Imagine you have to meet someone tomorrow to discuss an issue that has arisen. Now, it could be quite a challenge, but you know you are capable of dealing with it. However, for some strange reason, it is really troubling you; it keeps you awake at night. Why? The answer is that somehow the notion has crept in that you have done something wrong. You may not be aware of that component, but it has conspired to turn a perfectly manageable situation into something that makes your head spin. Put simply, an issue on its own can be worked through but add in a tiny smattering of guilt and it turns into a different animal that feels impossible to tame. A lady once said to me in a situation in which I had clearly said that she carried no guilt whatsoever, 'I believe that I am 99% not responsible.' My reply was that she would be undone by that 1%.
Next time you are troubled disproportionately in any given situation, slow yourself down and ask, 'Have I allowed any element of guilt to creep in?' Stick with it until you can identify what it is that you feel bad about. When you have spotted the offending thought or emotion, look it in the eye and consciously remove it from the situation.

When we feel sad, it can easily cross a line into feeling bad. When things are less than ideal we can read that as personal failure. If it matters to us to get everything exactly right, we are so vulnerable to false guilt - maybe we should have said this or shouldn't have said that. A seared conscience can lead to heartache – but so can an over-sensitive one.
​
That’s why, as our verse says, we should ask God to do the searching. We know what true guilt looks like, now let’s become ruthless with every last trace of false guilt.  ​
​Return to Home page ​- Bible insights 2018 - January - March - April - June - August - September - October - December ​- Complete list
Go to​ Bible Insights ​- Bible insights 2019 - Bible insights 2017  ​