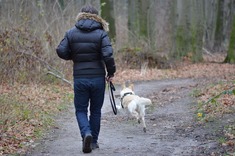 As a part of the upcoming men’s day in November I have sent out 3 questions relating to our ability to interact. The first was in relation to what stops us from connecting at the right level? I then sent out an article that highlighted the role that fear may play and how it makes it hard for us to be in a vulnerable position.

If we are happy that this is the case at times, then it follows that we will avoid putting ourselves in that uncomfortable position. Therefore we are clever enough, as men, to come up with a host of ways to avoid being trapped.

They can be presented as obvious avoidance tactics or more subtle, justifiable ones. The obvious ones we tend not to use unless we are being childish enough to prove a point or an unhealthy amount of distance has stretched between us and the ones we want to relate to. They are open gestures of dismissiveness and can be cruel to someone left on the outside, for example the man who disappears off to the pub or out with his mates, hides behind the newspaper or is distracted continually by his phone when there are conversations to be had. Similarly the old boy who sets up residency in the garden shed, workshop or garage to avoid contact with his family are all clear signs of a breakdown in a relationship.

Often it is the more subtle ones we need to be aware of. Perhaps the question to ask for those of us who are married, is, 'Would I be just as happy doing this if I were doing it with my wife?'. We have clever ways to create time and space for ourselves and they are complex in their justification. There is a guy in my town that has a wife and young children but is forever shuffling around with his little dog. He appears to be in no hurry at all. We are masters at having projects; the garden is a good one because it is on-going.

Cutting the grass and cleaning the car are jobs that need to be done, that email will need attending to as will guttering that hasn’t been looked at for years. But are they an escape? There is no harm meeting up with friends or colleagues or going for a run. We all need space and to have our own interests but beware of taking it.

I will suggest that a strong and healthy relationship puts the other person first. Therefore we are part of something that gives space and freedom rather than fights for its own.

I arrived home before my wife and children, a rarity in my house. My wife works at the primary school where all three of our children attend. On a Monday she takes them to swimming lessons and gets home to start their tea. This particular day I was home early just in time for the 5 o’clock kick off between Italy and Spain. As I sat to watch I realised they would be home soon and what it would do to my wife to see me sat there watching TV. I could justify it as it was billed to be a great game and I certainly feel I pull my weight.
​
I emptied the washing machine, put it on the line, got the tea going and had a quick tidy up, not because I didn’t want to get told off, but out of love for my wife. She walked in to a nice surprise and I was able to watch bits of the game.
Tim Sparkes
​Return to Understanding men