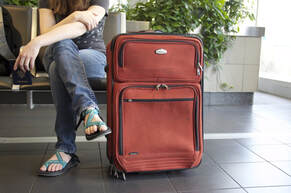 Christmas for my family is a time of much planning and preparation. If we do not get together at Christmas, we plan to meet up at some point. My youngest daughter and her husband arrived from Spain last week to spend four days with the local family. The flight here went according to plan, but the outward-bound flight was a disaster. Stanstead airport was engulfed in snow and ice. They boarded the plane two hours late, sat on it for two hours, came off and were eventually bedded down in Stratford, London for three days. London was in the grip of the arctic blast and there was a train strike. Eventually they found themselves at home in the warmer Spanish climate. All this was planned, but the outcome unforeseen. They had spent as much time travelling as they had with us!

My daughter and son-in-law’s difficult journey seems quite insignificant when you read accounts of the capsizing of the immigrants’ boat in the English Channel where four people lost their lives, the drowning of four young lads in a lake at the weekend, the plight of those in war-torn areas of Europe and who live in drought-stricken and flooded areas throughout the world at present. There have also been volcanic eruptions, earthquakes and extensive forest fires, to name but a few of the disasters in the world at present.
​
Over 2000 years ago we read of the Magi’s’ visit to bring gifts to Jesus in Matthew’s gospel, chapter 2:
“After Jesus was born in Bethlehem in Judea, during the time of King Herod, Magi from the east came to Jerusalem and asked, “Where is the one who has been born king of the Jews? We saw his star when it rose and have come to worship him.” When King Herod heard this he was disturbed, and all Jerusalem with him…  He sent them to Bethlehem and said, “Go and search carefully for the child. As soon as you find him, report to me, so that I too may go and worship him.”
On coming to the house, they saw the child with his mother Mary, and they bowed down and worshiped him. Then they opened their treasures and presented him with gifts of gold, frankincense and myrrh.  And having been warned in a dream not to go back to Herod, they returned to their country by another route. When they had gone, an angel of the Lord appeared to Joseph in a dream. “Get up,” he said, “take the child and his mother and escape to Egypt. Stay there until I tell you, for Herod is going to search for the child to kill him.”
Matthew 2:1-3; 8; 11-13
We would have expected Mary and Joseph to have returned to Nazareth, but they couldn’t do so because of the reign of a cruel despot, Herod. They therefore fled as refugees to a small Jewish community in Egypt. Time went by and we continue to read from verse 19:
“After Herod died, an angel of the Lord appeared in a dream to Joseph in Egypt and said, “Get up, take the child and his mother and go to the land of Israel, for those who were trying to take the child’s life are dead.” So he got up, took the child and his mother and went to the land of Israel. But when he heard that Archelaus was reigning in Judea in place of his father Herod, he was afraid to go there. Having been warned in a dream, he withdrew to the district of Galilee, and he went and lived in a town called Nazareth. So was fulfilled what was said through the prophets, that he would be called a Nazarene.”
Matthew 2:19-23
I often think of life as a journey which at times doesn’t go to plan. We start out from home expecting to return in a short while, but circumstances arise, often quite unexpectedly, which delay that journey. Joseph and Mary’s journey didn’t go to plan. It was a necessity required by law.
​
Whatever our journey has been this year we need not succumb to despair, nor the consequences of the circumstances we have passed through. Have we got sufficient security and confidence, not only in ourselves, but in our Heavenly Father, the one who enables us to trust, restores diminished hopes and assures us of a peace that passes understanding.
Merle Sparkes
​Return to Home page - Merle's reflections