Lent reflections - Distracted by many things 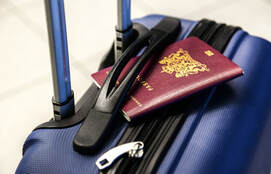 Last Friday I had a wonderful surprise. This is how it happened. I told my husband he needed to take a walk by the sea as he had picked up a chesty cough during the week. To my surprise, he said he thought that was a good idea and suggested he walked at Felixstowe – at least thirty miles away! I thought that was unusual as he could have gone more locally – but I didn’t say anything so off we went. We spent about an hour there and then set off, as I thought, for home. I will often spend time on a journey making plans and thinking through family and work issues. The sun was in my eyes, so I shut them – and inevitably dozed off, coming to from time to time to observe the huge orange ball of sun sinking ever lower. I made comments about how I thought the sun had moved from the passenger side of the car to the front and ended up on the driver’s side – and my husband made no comment about my ridiculous observations. Many miles later, I realised something was really amiss when we drove past a garden centre at Mark’s Tey that we use as a meeting point for people travelling up from London. So I plied my husband with questions, ‘Has there been a diversion?’ ‘Have we taken a different route home?’ John gave nothing away until I said, ‘Well, this is the way to Stansted airport.’ He said that was where we were going. I cried when I was told that my daughter Rachel was coming home from Barcelona to be with me for Mother’s Day. It had been a well-kept secret.

Looking back, I could feel somewhat silly for not realising that we were on a different route, but it dawned on me that this is exactly what distraction does. I was preoccupied, and my head was too full of plans and thoughts to be aware of what was going on. I am familiar with all those roads and should have picked up what was happening – even with my husband’s very non-committal answers. What an illustration of a Martha whose head was full of getting the details right for the meal she was preparing. She missed the point. The meal wasn’t the priority. Her head was full of the wrong things, and that took her off track. Mary, her sister, got it right.
​
Does that mean that to think and plan is wrong? Or that preparing meals is somehow unnecessary? Of course not. It is about timing. It is knowing what is right at any given time. It is being aware of the particular priority that the situation requires. Martha’s heart was as good as Mary’s, but on this occasion, she needed to slow down and use her sensitivity to know what the Lord was asking of her in that situation. We don’t have to call ourselves a Martha or a Mary – we just have to use what God has given us at the right time and in the right way.
At the Home of Martha and Mary - Luke 10:38-42
​'As Jesus and his disciples were on their way, he came to a village where a woman named Martha opened her home to him. She had a sister called Mary, who sat at the Lord’s feet listening to what he said.But Martha was distracted by all the preparations that had to be made. She came to him and asked, “Lord, don’t you care that my sister has left me to do the work by myself? Tell her to help me!”
“Martha, Martha,” the Lord answered, “you are worried and upset about many things, but few things are needed—or indeed only one. Mary has chosen what is better, and it will not be taken away from her.'
Merle Sparkes
​​Return to Merle's reflections 2019 - go to Reflections 2020 - Reflections 2021