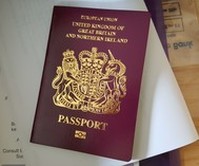 ​How many things can happen within the space of one month that cause us to change direction? We have just had one of those months. The expected was a holiday in South Devon and a weekend with our son and his family in Cornwall. A two-day trip to Holland for dad to meet up with our eldest son was also being discussed. Life seemed to be jogging along quite nicely - that is until the messages of illnesses and accidents to friends started to come in. News coverage televised the terrorist attack on the concert at Manchester and yet another attack on Coptic Christians in Egypt. The blue skies and balmy weather in South Devon, which we had enjoyed so much, seemed to quickly fade as we started our journey home to be with some of those people who were affected by these happenings.

The looked-forward-to trip to Holland was finalised for a fortnight after our return from holiday. All the arrangements were really going well until Dad was faced with an unbelievable pressure. He discovered that his passport was out of date. How to get it renewed in such a short space of time took some working out. Finally, a two-hour car journey to Peterborough, the nearest passport office, was thought to be the surest way of renewing his passport.

We were up at 4am, left at 5am and arrived at 7.45am for the 8am appointment. The new passport was ready for collection at midday and by mid-afternoon we were home. The day’s catch-up was waiting for us but the passport situation was resolved.

In the big scheme of things, the out-of-date passport was a minor situation to rectify. We didn’t waste time wondering ‘how could I have missed it?’ etc.  We all know how easily that kind of thing can happen.  All our energy was taken up with obtaining a valid passport. So many opportunities today require proof of either who we are or what we can do, the state of our health, and at times, even our wealth. If we fail to fill in the forms correctly, submit the required documents and pass the necessary examinations we will fall at the checkpoint.

During recent months, innocent people have lost their lives and homes due to violence and insufficient attention to detail. The cry of ‘who is to blame?’ is on the lips of many grieving, angry people. There have been parliamentary crises, criticisms and let downs in the NHS, education and banking. Trust has been broken where promises have been made and not kept. Emotions are running high - anger, frustration and criticism, some of which is justified and some used to incite revenge. There is also a national outpouring of grief to show empathy with the bereaved, traumatised and homeless. Everyone who cares has been affected.

I have heard so many people say recently how important it is to make the most of what we have got now for we don’t know how long it will last. That is so true. Am I the person who will take the phrase ‘making the most of what we have got’ so seriously that in order to enjoy life I strive to keep hold of the good things, not looking at the bad and running away from their impact as soon as I am able to do so. I will come dangerously close of to the point of denying the full impact of the reality of a situation when I do this. It would be foolish to ignore the need to renew an out-of-date passport, or that building regulations need to be strictly adhered to before a building is passed as safe for housing but we must also be realistic enough to know that things can still go wrong, however much we plan and prepare.
​
We can challenge ourselves to not let the good things be clouded over when bad things happen. Peace allows us to look at the reality of a situation and to do something about it. Peace generates hope and forgiveness. It creates a foundation for faith to be restored and for life to be lived again. It offers opportunities for things to be renewed or rebuilt.
Merle Sparkes, June 2017
​Return to Merle's reflections 2017 ​​​​