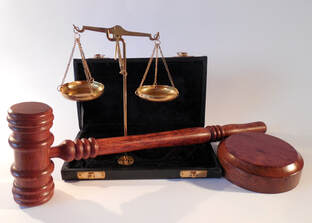 One of the obvious things that I learned as a magistrate was that no judgement could be passed until the whole story was heard. As the prosecution presented its case, it would be tempting to think, ‘Well, this sounds straightforward. It is difficult to see how there could be another side to this.’ But invariably, there was and when the defence presented its case, an entirely different scenario often emerged. A proverb addresses this directly: ‘In a lawsuit, the first to speak seems right, until someone comes forward and cross-examines’ (Proverbs 18:17). To put it another way, we need the whole picture.

There is always a bigger picture. We might respond to a particular situation in a certain way, but those responses are never in isolation. They are rooted in perspectives and attitudes. What does this mean in practice? Instead of simply being driven by what we feel, we can set ourselves to understand where that response came from. For example, did it come from an accurate reading of the situation or from what we feel within ourselves? Likewise, when being on the receiving end of someone else’s behaviour, we do well to pause and recognise the origins of that behaviour, not to provide an excuse but to respond constructively.
​
Our verse tells us that it is ‘folly and shame’ to answer before listening. We should learn to listen, to pick up underlying patterns that have put us, or the other person, into a muddle. We learn to hear the heart beyond the words so that the real issues can be addressed instead of expending vast amounts of energy on dealing with endless symptoms. By recognising the few and often simple underlying causes we are enabled to recognise the choices that have to be made in order to be free from those debilitating patterns.

Let’s come at this from another angle with an illustration. You are driving your car, and a crazy pheasant steps out right in front of you. What do you do? Plough on and run it over or swerve wildly? Your instinct would probably be to take instant evasive action; after all, you don’t want a dead pheasant plastered on your grille nor the thought of an injured bird suffering.

What should you do? If you swerve to avoid the bird, you could go into the path of an oncoming car. If you brake violently, someone driving too close behind you could do a lot of damage. In an ideal world, when you see the pheasant, you immediately consider the broader picture and make an instant decision. If there is no time to ascertain where other vehicles are, you run the bird over. Throughout that illustration, you are taking the whole picture into account. Even if you run the pheasant over, you are still taking the entire picture into account because you are recognising the danger of not doing so.

At the risk of over-simplification, it would probably be true to say that the emotionally driven person would swerve and create potential danger. The more objective driver would be prepared to sacrifice the bird to ensure the safety of others.

When we face challenges, do we respond simply on the basis of our own feelings, or can we be truly objective? Have we learnt and understood what those deepest feelings are? Have we made choices that have strengthened us within to be clear and objective or do we still allow ourselves to be pulled about by untrained emotions that govern, and potentially spoil, our lives? Let us learn to ‘stand off’ ourselves sufficiently so we can see the bigger picture – and act accordingly.
John Sparkes
​Return to Home page ​- Bible Insights
Go to Bible Insights 2019 - Bible insights 2018 - Bible insights 2017