Saved by your ears 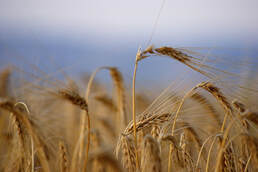 Some years ago, Sky news reported an incident in Yinchang, Hubei Province, China, with the title, ‘Six-Year-Old's Ears Save Him from Death Fall’. A Chinese boy cheated death when he fell out of the window of a tall building only to catch his ears in a metal grate. Ming Ming was left dangling eight floors above a city street with his head stuck between the protective bars. He screamed and bawled until he caught the attention of passers-by. When firemen arrived, they used a hydraulic pressurised expander to force open the bars and pull the terrified child to safety.

The accident is believed to have happened after his grandfather went out on an errand and left him sleeping in the family flat. The boy woke up alone and is thought to have fallen out of the window while looking for his grandfather. We could say that Ming Ming was literally saved by his ears.

I wonder how much pain and loss we would be spared if we used our ears. Did we learn to use them more in the pandemic or did we allow our circumstances to close our ears tighter? Words are simply sounds that are intended to convey feelings and thoughts from one heart to another. Do we really hear the depths of another person’s heart? Many years ago, I said to a man whose wife was an artist, ‘Stay still enough long enough to let your wife paint a picture on the canvas of your heart.’ He was always on the go and could not hear what his wife was saying.

What is your child trying to say, your friend, your colleague? As lockdown lifts and we run the danger of reverting to busyness, let us slow down enough to use our ears. They could save our relationships.
John Sparkes
​​​
​Return to Home page - Halesworth Community News articles