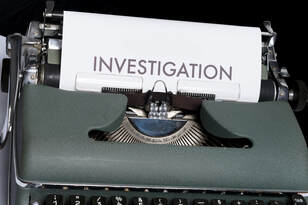 I used to speak twice a term at a Wednesday assembly at Halesworth Middle School. One of my assemblies was to present a series of scenarios and ask the young people if they thought the stories were true or false. Let me give you a couple of examples.

Kung Fu expert Kori Osoko of Japan demolished an entire (condemned) five-story office building with his bare hands and feet. The demolition job was part of the 1979 Festival of Oriental Martial Arts, and Kori Osoko took three days and five hours to complete the demolition.

Do you think that is true or false?

Here’s another one. In 1978 workers were sent to dredge a murky stretch of the Chesterfield-Stockwith canal. Their task was to clear all the rubbish. They were disturbed during their tea break by a policeman who said he was investigating a giant whirlpool in the canal. However, when they got back, the whirlpool had gone, and so had a one-and-a-half-mile stretch of the canal. In its place was a vast expanse of mud thickly punctuated with old prams, bedsteads and rusting bicycle accessories – and a flotilla of irate holidaymakers stranded on their boats in a brown sludge.

They discovered that among the first pieces of junk they hauled out was the 200-year-old plug that had ensured the canal’s continued existence. ‘We didn’t know there was a plug,’ said one workman explaining that all the records had been lost in a fire during the war. ‘Anything can happen on a canal’, a spokesman for the British Waterways Board said afterwards.

Are these stories true or false? Well, the first one is false, but the second one is true. With some stories, it doesn’t really matter, but we are in that time of the year when Christians claim that Jesus Christ died for us some 2000 years ago – and amazingly rose from the dead. As C.S. Lewis wrote, ‘Christianity is a statement which, if false, is of no importance, and if true, is of infinite importance. The one thing it cannot be is moderately important’.

So, what do you think? Even if Easter meant little more to you than enjoying a bit more chocolate than usual, could it be important to at least ask the question, ‘Is the story of Jesus rising from the dead true or false?’

Both assembly stories sound pretty outlandish – but that doesn’t make them both untrue. Just because something is outside our normal scope of thought doesn’t mean it didn’t happen. So, how could you find out?

J. Warner Wallace is an L.A. County cold-case homicide detective. He was also a vocal atheist. He decided to use his nationally recognised investigative skills to look at the evidence behind the claim that Jesus Christ rose from the dead. In his book, ‘Person of Interest’, he shows how he sifted through the evidence from history alone without relying on the New Testament. The result? He was persuaded by his investigation and became a committed Christian. He concludes, ‘I’m only a Christian today because it’s true.’
​
It is of no real consequence that the canal was drained, although workers were warned in future to not pull on heavy chains when clearing canals! But whether Jesus rose from the dead has enormous ramifications for our lives. If He didn’t, then perhaps death has the last word after all – but if He did rise again, then the rest of what He claimed is validated. We can know His forgiveness, power, love, peace and purpose in our lives. The future is genuinely bright, and whatever our circumstances, there is hope. What do you think? True or false?
John Sparkes
​​​
​Return to Home page - Halesworth Community News articles