Bible insight - When it all goes wrong
Acts 1:8
'But you will receive power when the Holy Spirit comes on you; and you will be my witnesses in Jerusalem, and in all Judea and Samaria, and to the ends of the earth.’ 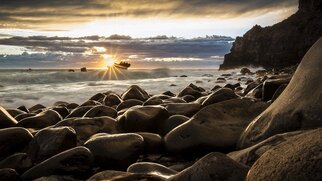 Everything was going so well - from the shattering experience of the cross, to the exhilaration of the resurrection, the excitement of surprise appearances, the wonder of the ascension and now the thrilling power and presence of the risen Christ by the Spirit. What could possibly go wrong? Thousands were saved, amazing miracles – and, yes, the brief appearance of internal problems in the form of deceit by Ananias and Saphira, and then the complaints by the Greek widows. All of this was quickly remedied, and the church moved on powerfully. They were on a victorious, ‘nothing can stop them’ trajectory. Yes, the authorities had tried to halt the spread of the faith, but all their attempts resulted in greater testimony to God’s power to deliver. The local population were impressed, and the Christians were held in high regard.

Then it starts to unravel. Stephen got tangled with the authorities in a most unfortunate way. He was set up by ‘members of the Synagogue of the Freedmen’ who persuaded people to lie about him. He was dragged before the Sanhedrin and proceeded to give them a history lesson which ended with him accusing them of murdering God’s Son. That didn’t go down well, and the upshot was that they murdered him – by stoning. On that very day ‘a great persecution broke out against the church in Jerusalem’, and there was a mass exodus of Christians from Jerusalem. It was nasty for we read that Saul ‘began to destroy the church.’ Men and women were dragged out of their houses and put in prison.

How could something so positive and powerful be hit by such a tsunami of negatives? Having a bit of persecution is one thing, but people being dragged off and put to death would give anyone pause for thought. How can this possibly further God’s work?

But it did. On that day when ‘a great persecution broke out against the church in Jerusalem’ we discover that everyone except the apostles ‘were scattered throughout Judea and Samaria’. Not only that, they ‘preached the word wherever they went.’ What had Jesus said? They would be his witnesses in Jerusalem and in all Judea and Samaria – and now it is happening. Rather than this hindering God’s work, it is actually fulfilling the specifics that Jesus had commanded them to do.

This is what is meant when we say that Jesus is Lord. Even the ‘bad things’ are woven into his purposes. He is never caught out by any of them. And because Jesus is Lord, we don’t have to minimise the pain or sadness in an attempt to turn it into something good. Good things would come out of the persecution, but we read that ‘Godly men buried Stephen and mourned deeply for him.’ They desperately missed their beloved friend. Because Jesus is Lord, we can allow ourselves to feel everything, to express everything and to know that we are safe and loved and that God is still working his purposes out in us and through us.
​
This is where we grow. We stand at precisely the point at which a world of suffering meets God’s eternal purposes of love – and the way we respond to both determines the quality and course of our lives. If we cannot see beyond the suffering, we can wander into the swamp of depression and ineffectiveness. If we flippantly say, ‘God is working his purposes out’ without due regard to the human struggles going on around us, then we lose our humanity and relevance. By God’s grace, may we occupy that ‘sweet spot’ where the pain is transformed into glory because we acknowledge that Jesus is Lord of our lives.
John Sparkes
Return to Bible Insights