Understanding ME / Chronic Fatigue Syndrome
HCC Podcast 7: Understanding ME/CFS
​Shealan has conducted a series of interviews with John to explore the importance of understanding yourself and some of the mental and emotional health issues we face. In this podcast John outlines the root causes of ME/CFS and he and Shealan discuss how to help yourself, or help a friend or family member who is experiencing CFS.
As a Christian counsellor I have met many people who have Chronic Fatigue Syndrome (CFS) or ME. Over the years I have found an understanding of the four main temperament types to be very useful.

I would like to share with you some observations that many people have found helpful. The first observation is that all the people I have known who have CFS/ME have had one of the temperaments in common – the one that Hippocrates called the Melancholic.
The second observation is that this particular temperament is coupled with one or other of the two outgoing temperaments, making a combination of extrovert and introvert – in one person.

​These observations fit what is generally known about ME/CFS, namely that it often affects people with drive and ambition, people who are capable, at least at times, of being outgoing.
​
It used to be called, quite unkindly, 'yuppie flu' because so many 'go-getters' were affected as they drove forward in their careers or pursuits. But there was a side to these people that others were hardly aware of - and that was a deeply feeling, sensitive side, with the capacity for depression. The need to drive forward in life and, often the person’s own lack of awareness of this part of their personality, meant that this side was undeveloped and therefore provided a ‘dragging effect’ within their personality. ​ 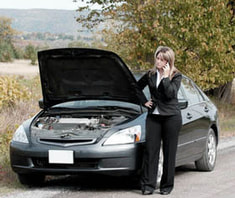 The result is comparable to a car being driven with the brakes on; eventually the stress and tension within the system causes something to overheat or breakdown, leaving the car powerless. And often it is some physical illness (for example a virus), stress or a particular trauma that provides ‘the straw that breaks the camel’s back’. The physical symptoms are real and powerful but my observations are that if we can help the person understand themselves as a Melancholic and begin to handle that side of who they are, then the symptoms will significantly decrease over time.

It is appropriate at this point to look a little more closely at the temperament types – particularly the Melancholic. Only a brief description can be given at this stage. For more information on temperaments go to Understanding temperaments. John has also written an e-book entitled 'Understanding Yourself' which contains helpful insights into temperaments and why people think and feel the way they do. It is available via Amazon for just over £6.00 and can be downloaded to a Kindle. It can also be downloaded to a PC via a free app.

Hippocrates (460-370BC), known as ‘the father of modern medicine’, first named and recorded his observations of the temperament types:

This person is creative, a reflective thinker and deeply sensitive. He is perceptive and has a great feel for life. He tends to see things in ‘black and white’ terms, has a strong sense of justice and can be very loyal and self-sacrificing. He has high standards for himself and others. However, he can be negative about himself, struggle with feelings of worthlessness and be prone to moods and depression. His high standards can become a quest for perfection that can put himself and those around him, under real pressure. He is usually happy with his own company and easily retreats into his own world.

This person can be outgoing, dynamic, optimistic and full of ideas. Being goal-orientated, he is usually either doing something or going somewhere. He is strong, determined, self-sufficient and quite willing to take the lead. Take care not to get in his way or you will meet his frustration or anger! He is a visionary but his vision may be narrow and he may use you to reach it. Beware of the competitive spirit and control – he has to be the best. Although he has his own deep emotions he suppresses them to control them and would regard those who display their emotions as ‘weak’. He is quite capable of using humour and sarcasm to put himself above those who do not conform to his way of thinking and his logical mind wins endless arguments – even when he is wrong!

It can immediately be seen that these two temperaments are opposite. Unless there was a very good understanding in the home of this child then the chances are that this child would rely heavily on the Choleric temperament for everyday living. It is also clear that the Choleric’s way of handling any awareness of the Melancholic feelings would be to condemn the ‘weakness’ and suppress the feelings. Thus that deeply sensitive side of the person, which is already negative towards itself and full of feelings of unworthiness, increasingly feels the pressure. In order to survive, such a person is driven to depend on the outgoing temperament until the system ‘overheats’ and all the pent up pressures of worthlessness, pain, and inadequacy break through and engulf the person with feelings of helplessness, lethargy and exhaustion. Even the normal environment can become too much and darkened rooms may be necessary. Steps forward are taken – sometimes large and sometimes small but often the feelings of weakness rise up and overwhelm the person again.

This person is full of fun, surrounded by friends and is the life and soul of the party. He is kind, generous, enthusiastic, carefree and warm. Unfortunately, he can also be superficial, weak, impulsive and undisciplined. Being aware of his weakness, he will often try to avoid the painful realities of life and he is quite capable of arguing that black is white. This temperament also has a need to be ‘centre stage’ and in any given situation, has the tendency to take over and be bossy.

Much of what has been said concerning the Choleric-Melancholic applies here also but with this difference. The Choleric expresses feelings through his mind, in thoughts and words, while the Sanguine expresses them physically. Therefore the Sanguine will try to fill the emotional gaps with anything which satisfies physically, for example food or alcohol. Also if the person has lived just as a Sanguine then the Melancholic part will be in a muddle and this, for the Sanguine often expresses itself in a variety of physical ailments, sometimes running alongside the CFS/ME.
Helping Yourself with CFS

It is vital that the CFS sufferer acknowledges the Melancholic part of their personality.

We have noted that most CFS sufferers have this combination of extrovert and introvert. It is important that you concentrate on dealing with the introvert until you feel a deep sense of peace within yourself. In doing so you will probably discover that deep down you are depressed and possibly have been for a long period of time.

Learn to communicate your thoughts and feelings on a regular basis with someone you trust. Try to avoid ‘going round in circles’ - and take the positive advice that is given.

Recognise your strong natural tendencies to feel unworthy and to be negative about yourself. That has been your way of coping, deep within, over the years, whatever positive messages you have tried to convince yourself with. Try to catch yourself thinking negative thoughts about yourself and replace them with something positive. Be aware of words and phrases that you use to run yourself down.

Gradually build a structure to your days but not as an attempt to ‘strive forward’ but as a natural expression of your creativity. Find a creative activity which you could take up – e.g. making music, artwork, some form of handicraft etc. Being creative is not a waste of time.

I have found, as a Christian counsellor, that a relationship with God, through faith in Jesus Christ, alone brings:
This brief article is only meant to provide pointers for help and is in no way comprehensive. For further information on CFS and how to help someone who is struggling with CFS click here. (Understanding How to Help course notes: CFS).

How can I be sure this works? Read Julie’s story.
Return to Understanding Yourself home page ​​