Melancholics are creative, capable, lovely people. They are sensitive and loyal and have an appreciation of life. They have high standards, are analytical, self-sacrificing and often talented.

However, they can be negative and struggle to see their own qualities – however much other people praise them. If they have a good day filled with 10 positive things, the one thing that went wrong will change their mood. Their high standards can tip over into an over-the-top perfectionism that creates pressure for themselves and others around them. If they go to a social event their wonderfully analytical minds will go round on all the things they got wrong and how silly they made themselves look and their wonderful sensitivity can soon become subjective.

The key question for a Melancholic is ‘how much am I worth?’ If the answer is ‘not much’ or even ‘nothing’ then depression can easily be the result. The Melancholic is capable of experiencing deep depression and is also the temperament that can suffer from ME/CFS.

A Melancholic needs to feel secure and to find their value through relationship with God and good positive relationships with those around them. It is important for them to talk and share their feelings rather than isolating themselves and also to use their natural creativity as an expression of who they are.
A helpful illustration - the one-armed bandit effect!

A helpful illustration of a Melancholic's thought processes is that of a a one-armed bandit in an amusement arcade - you pull the arm and the three reels go round until they settle into a pattern. However you only win the money if three matching pictures are neatly lined up and, in his thought processes, a Melancholic will keep pulling the arm and spinning the reels until everything is neatly lined up to his satisfaction. The challenge for a Melancholic is to express how he feels and then determine not to pull that arm and set the reels spinning again but to settle whatever the issue is and move on.
Melancholic strengths and weaknesses
The diagrams below depict the strengths of the Melancholic temperament, which can be seen most clearly when God is at the centre of life, and the weaknesses, which are most clearly seen when we live for ourselves.
Melancholic key concepts
Melancholic avoidance tactic 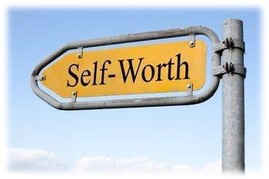 ​If you are talking to someone with the Melancholic temperament and want to get close to them or try to help them, you may encounter the following avoidance tactics: ​

A Melancholic cannot hide what he is feeling and thinking – usually it is written all over his face and is seen clearly in his body language. If a Melancholic feels it – it must be right!
Further reading

Article: How the Sanguine temperament interacts with the introvert temperaments

Further insights into how the Sanguine temperament interacts with both the Melancholic and Phlegmatic introvert temperaments.

An exploration of the strengths and weaknesses of each temperament and how these principles work out in practice for the Sanguine Melancholic.

Article: The puddle in the corner!

Julie shares what she is learning about living in freedom and how the way she views her Melancholic temperament is changing as a result.

Why do we so often question our value? Why does how we feel about ourselves seem to fluctuate with our performance in life or the feedback we receive from others? Click the picture of the scales to read Claire's thoughts on how to avoid the 'tipping point' where we lose our perspective.
Return to - Understanding temperaments
Go to - Choleric - Phlegmatic - Sanguine temperaments